Although it is said that gun powder changed the face of modern warfare, it was the crossbow that built the might of the Chinese Empire. Even today, a crossbow will match and sometimes exceed a gun in terms of accuracy, power, and distance.

For hunting, the crossbow is unmatched because it is naturally silent and a lot more fun than just using a gun. We have been fascinated by this incredible weapon for quite some time now, so after studying every compound bow in the market in our Top 10 Best Compound Bows of 2013 and we decided that it was about time to do a proper review of the top 10 best crossbows available in the market.

By the way, check out our Top 10 Best Bow Cases if you already have a bow and are looking for an excellent case for it. Following is a table of the 10 crossbows we decided to feature here, and right after that, we will really get down into a detailed review of each one.

If you just want to buy a good, cheap crossbow you can just check the table, but if you want the saucy details on each one of these weapons, then read on.

When it comes to crossbows for hunting there is one name that will come up over and over again both in talks with hunters and in our review. That name is Barnett and the crossbow we are going to start with is the Barnett Jackal.

It is an averaged priced crossbow that delivers top of the line power and accuracy. It has a 3 red dot aiming system that you can easily adjust depending on the distance to your target and it fires the bolts at 315 feet per second.

To give you a better idea of why we insist on calling these crossbows weapons, you should know that the most powerful longbow had a draw weight of 70, maybe 80 pounds. The draw weight on the Jackal is 150 pounds and it comes with an arming cable because very few people can arm this crossbow by hand. 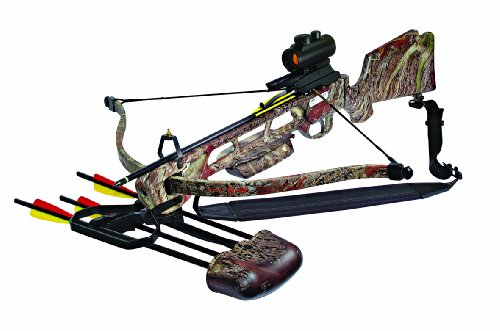 It would not have been fair to go on railing about Barnett crossbows and not tell you a little bit about their competition. The Arrow Precision Inferno Fury crossbow is a lot cheaper than the Barnett and develops just a little bit more power than the Jackal.

It has a pull weight of 175 pounds but only a single limb system. That means it is lighter than the Jackal but does not look as menacing or as powerful as it. Also, they should have spent a little more time working out the cocking mechanism because, if you are not careful, the cocking string will scratch the crossbow.

Still, the Inferno Fury has some unquestionable advantages over the Jackal in terms of price and power so it is an excellent contender to the best crossbow in the spot. 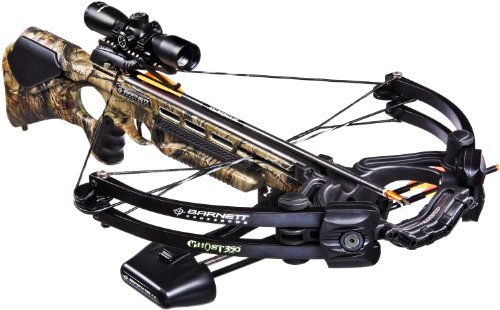 The Barnett Ghost is the most powerful crossbow you will come across and we would have been happy to call it the best crossbow on our list if it was not also the most expensive one here too. It delivers 175 pounds of force from its twin limbs system.

It fires its bolts at 350 feet per second and it comes with its own detachable quiver and 3 carbon bolts. But strength alone is not the reason why the Ghost is as expensive as it is. It is also one of the lightest crossbows you will get to use because of its carbon riser technology, weighing in at just 7.5 pounds.

And, at a rating of 4.6 stars on Amazon, it is also one of the most loved crossbows on the market today. 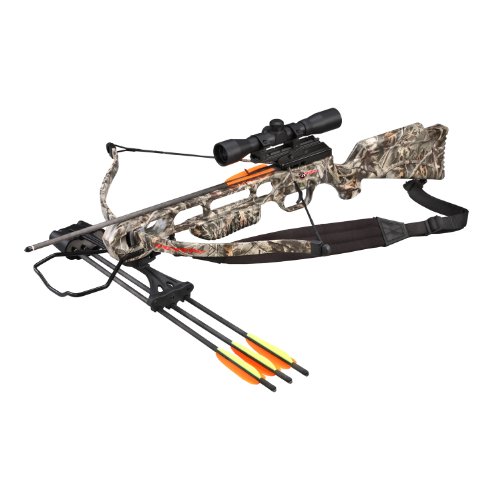 There is one other crossbow on our list that has earned a 4.6 star Amazon rating and that is the SA Sports Fever crossbow. It is a lot cheaper than the Ghost or even the Jackal, but it also requires 175 pounds of force to arm and releases its bolts at 240 feet per second.

That is a good 100 feet per second slower than the Ghost, but still a deadly speed that you need to be careful with. It has a multi reticule scope like you can find on some sniper rifles so its precision level cannot be contested. 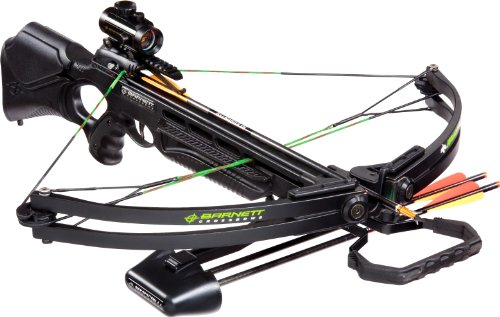 If you fancy buying a crossbow just for that romantic feeling of being able to wield a deadly weapon in case of a zombie attack, then the Barnett Wildcat is the weapon for you.

It is just as powerful, precise, and accurate as of the Jackal, but it does not have a shoulder rest and it is that much shorter. It comes with its own detachable quiver, bolts, lube tube, and 3 point sight. It is basically everything you need to start having fun, although, if you are going to use it for hunting, we would suggest going for the Jackal. 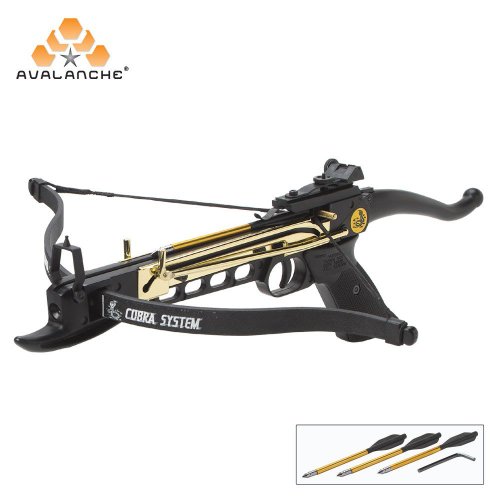 The Cobra crossbow is the only crossbow on our list that is over a 4 star rating on Amazon, at 4.3 stars, and yet it is also one of the cheapest crossbows you could hope to find on the market today.

It does not develop anywhere near the power or speed of the crossbows we have covered so far and it has a rudimentary aiming system. Still, it has an automated cocking system that anyone can use easily and it would make an excellent first-time crossbow for someone who is just now learning how to use crossbows. 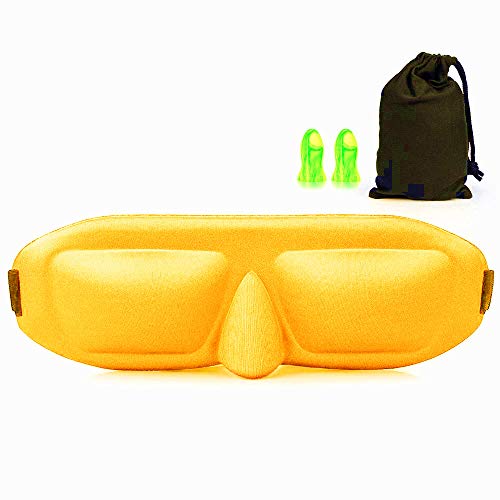 If you need something like the Cobra, in the sense of a crossbow that a child can learn to use, but you want to buy something that looks better and delivers an incredible amount of power than the Barnett Recruit compound crossbow is the answer for you. It requires a draw strength of just 130 pounds but it delivers bolts shooting out at almost 300 feet per second.

The buttstock is adjustable so this crossbow grows as its user grows, making it the perfect weapon for a growing child, but make no mistake, this is a weapon. 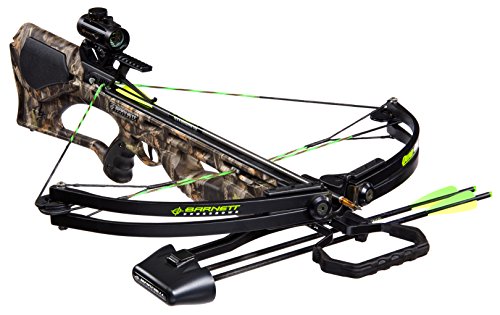 The Barnett Quad 400 is the last Barnett crossbow that we are going to feature on our top 10 best crossbows. It has a 150-foot pound draw weight but it has a built-in gas-assist stock that makes arming this crossbow a breeze even for a child.

From that perspective, it is the perfect tool for someone who does not want to go to the gym in order to easily fire 20 to 30 bolts per day to release tension and improve their aim. 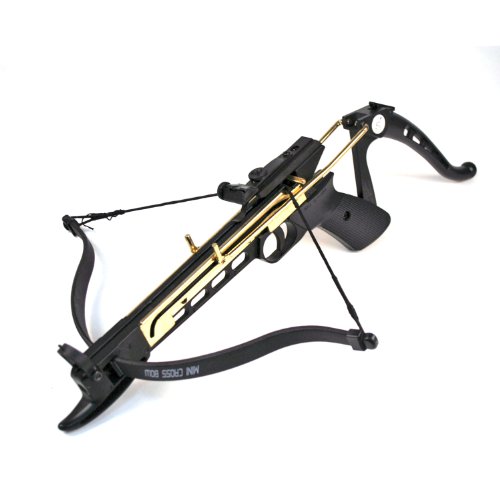 With the Last Punch crossbow we move into a range of crossbows that are extremely affordable and yet provide reasonable levels of quality. This particular model has an auto charge mechanism and develops 80 pounds of force.

It is definitely far less impressive than the crossbows we have already looked at but it is also a lot cheaper and it is significantly stronger than most bows on the market today. 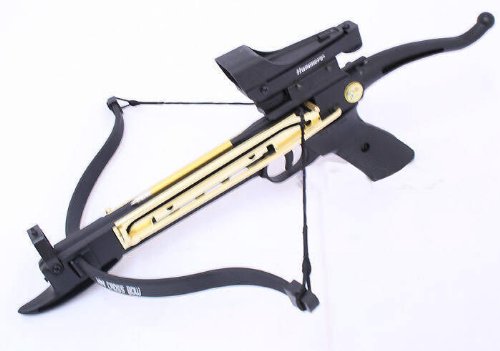 The last bow we are going to feature on our top 10 best crossbows is the second-gen Cobra crossbow. Like the Last Punch crossbow, it has only managed to earn a 3.8 star rating on Amazon.

Still, it is an improvement on the original Cobra because of its red dot scope, so we are certain that it is only a matter of time until it will grow in terms of Amazon rating.